Richmond train station, one of the busiest railway stations in Melbourne has recently been redeveloped to meet the increased commuter demand.

Richmond is one of a number of railway stations, including Jewell, Essendon and Alphington, that have recently been earmarked for urban renewal, although its city fringe location and status as one of the network’s busiest interchanges has made it a candidate for a more intensive form of development. 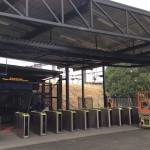 The new Melbourne Market at Epping is nearing completion and is expected to be open from the middle of 2015.

Melbourne’s wholesale fruit and vegetable market has been relocated from its current location in West Melbourne to a new site in Epping. It has been redeveloped into a modern, innovative and efficient fresh produce trading and distribution precinct. 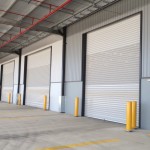